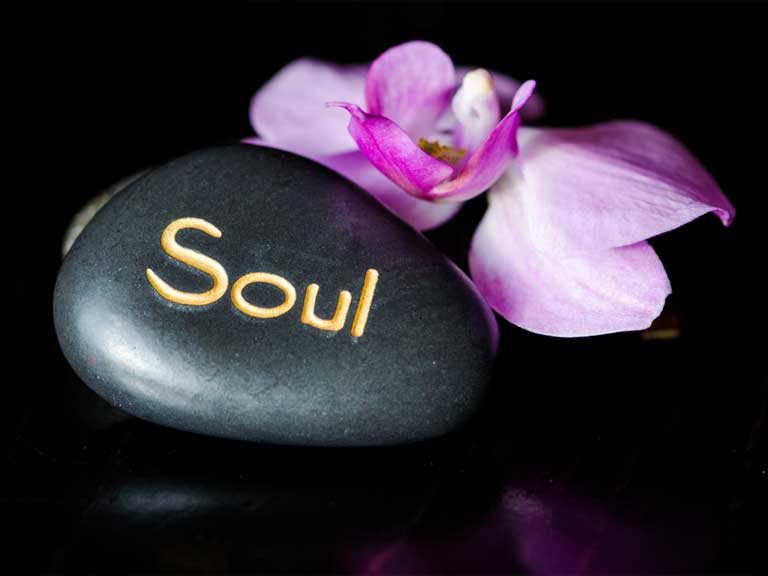 Marie Antoinette Helou is a Gestalt Psychotherapist and Family Constellations Facilitator who specialises in addictions and trauma. She is currently undertaking the challenging job of filling the rather large boots of, Tim Morris, Season’s regular therapist who is away snowboarding and enjoying a well-deserved Christmas break.

She has a private practise in Sydney where she practises therapy and mentoring along with other spiritual modalities. She also does workplace training and teaches Counselling and Mental Health subjects on a tertiary level. Last but not least, Marie is also a stand-up comedian and incorporates humour into all of her work.

A Meeting at the Beach

Marie Antoinette Helou is a pintsized fireball of energy and humour (not surprising considering her after hours occupation) and having dinner with her is no easy matter as choking on mouthfuls of pasta between her astute, insightful and often hilarious observations on life and her job, is a real occupational hazard.

Interviewing her is equally as challenging. However, what clearly comes across is her unrepentant enthusiasm and dedicated professionalism for a job she clearly loves. She has just spent her 2nd term as a locum at Seasons and since the clients and staff are all speaking so highly of her, it is clearly time to share with the world what all the fuss is about.

“My teachers described me as the provocative therapist. I am challenging, yet gentle and I use a lot of humour to work with my clients”, said Marie earnestly.

“I used to think that I had to be a certain way to fit into professional standards but if I’m asking my clients to be authentic then it’s just not right that I should sit there being somebody that I’m not. I do not sit there wearing my therapist hat, I am the same in a session as I am here now.”

“So many people have a million hats but they only have one head and then they complain they don’t know who they are and end up in therapy!”

Marie goes on to explain that she always felt a calling to help people, right from a very young age: “I actually got into Psychology from high school but I was aware I had a lot of issues and didn’t feel right about helping others when I was not okay. I had a series of experiences trying to get help for myself and it falling really short of the mark. It wasn’t until I got into Gestalt Therapy that I really found something to help me break down the walls. 6 months later I was studying it.”

“I was particularly drawn to this model of therapy because it encourages you to apply the theory to your own life so it was just as much about personal development as it was learning to help clients. I still study and keep up my personal development, it’s really important to do that in this field of work.”

What is Gestalt Therapy?

Gestalt therapy is a psychotherapeutic approach developed by Fritz Perls and Paul Goodman in the 1940s. Broadly speaking it is seen as an experiential and humanistic form of therapy that was originally designed as an alternative to conventional psychoanalysis. It, in layman’s terms, focuses on patients and their relations to the world, often using role-playing to aid in the resolution of past conflicts. The emphasis is more on the process (what is happening) than the content (what is being discussed). The stress is on what is being done, thought and felt at the moment rather than on what was, might be, could be, or should be.

The first time that Marie came to Bali was in September 2016 after she had been asked by her clinical supervisor who thought she would be a great fit for the work that we do at the rehabilitation centre here on the island. During her first visit, I didn’t meet her but heard glowing reports of the work that she had been doing and some of her outwardly unconventional approaches. Our Program Co-ordinator, Gus Roberts, said: ‘She just rolls up her sleeves and gets stuck in. I don’t know what she does in that counselling room but all the clients come out looking totally blown away!”

When asked about her own personal highlight of this trip she struggles to find one saying she has just enjoyed the whole experience. She said:

“I love the people at Seasons and I love the satisfaction of helping the clients and in a relatively short time (2 – 3 weeks) seeing the incredible changes in them.”

After thinking for a minute she fixes me with her rather too knowing brown eyes and sites a breakthrough she has helped one of the clients with. This client used humour as a defence mechanism, something that Marie herself really identifies with: “As a result of the work we have done together I have seen this client really be able to drop their walls and get in touch with their emotions.” She goes on to explain that humour as well as being a defence can be an asset and it just depends how you use it.

Talking about some of the methods she uses to get through to clients she highlights how essential it is to see the disease of addiction in context. She explains that one of the first things she does is draw a family tree and then ask clients to identify any known addictions including workaholism and other mental health issues.

She said: “Many clients are quite surprised to realise that the alcoholism or addiction was around long before they were ever born. They see the dysfunction and have some kind of empathy for themselves, seeing, perhaps for the first time, that they are part of a larger problem.

She emphasises the importance of work around the family in accordance with treating addiction and goes on to try and explain the process of family constellations. She stops abruptly as she sees my eyes glaze over and says: ‘I really think that this is something that you should experience. I’m doing one on Thursday, why don’t you come and be a part of it?”

Marie, the support worker and the current group of 7 clients gather on the large upstairs veranda that looks over the pool and the rice fields. It is a beautifully warm afternoon and the fans blow cool refreshing air through the space. The first thing she does is ban me from taking notes stressing, again, that this is something that needs to be experienced.

As everyone sits down in the circle, the casual chatter ceases and Marie brings the group together by getting everyone to ground their feet, shut their eyes and lay their hands on their knees with their palms upturned. After everyone has landed back in the group space she turns her chair to face the client who is the focus of the work today, locking out the rest of the group and speaks reassuringly to them about the process saying that it takes a lot of courage to be involved in something like this and that others had refused the opportunity.

There is the bonds of a tangible rapport between the pair and they quickly remind each other of some background information about the family tree and the history of addictions and mental health issues. The client shares with her about the anxiety she feels, not just about their pivotal part in today’s activity but the general anxiety they suffer from on a day to day basis.

She tells the client to stand up with her because they need to pick the person who is going to represent them. Marie clearly gives instructions that they should go around and look carefully at each person’s eyes within the group until they have a strong feeling about who this should be, she also tells the client exactly what to say while asking if they will take on the role. Together they walk around the circle until somebody is picked. The chosen person stands up and is positioned in the centre of the circle by the client that they are representing.

This process is repeated for other members of the family including initially the brother, mother and father. All of the family representatives are positioned within the circle by the client to represent the family dynamic which in this case ends up with the parents facing the children. Later in the proceedings the grandmother and grandfather on the mother’s side are added in, with me playing the grandmother. I stand there and it kind of feels like my face and my body are not my own, they are doing things that I am not consciously telling them to do and I don’t really feel like myself either.
As the process unfolds a very different – wall energy for the want of sounding like a hippy comes into the space. People are no longer themselves they are members of this client’s family and it would seem they are all experiencing the same sort of involuntary emotional and physical responses that I have just described. They are being asked for the family member’s feelings, not their own thoughts and analysis.

Marie picks up on the body language of the representatives and brings it to the attention of the group and especially to the client whose family is the focus. At one point this client takes over their role in the dynamic and the person playing them sits down.

Throughout the following hour or so, different members of the family are challenged about how they feel and given different instructions about how to talk to each other with Marie sometimes being very concise about the actions that must take place and the words that must be spoken and at other times leaving it up to the representative. Strangely, during the process, family member representatives sometimes without knowing it, realign themselves within the group and the changing dynamic of what is happening.

During a pivotal moment Marie picks one of the clients to play the role of ‘hope’ and this character is positioned behind me and my husband (the grandparents). Bizarrely, it feels like a warm glow has entered the proceedings and I can feel it all up my back. At another point one of the cushions from the sofa is employed as a representative of ‘shame’ which through a prudently worded process is passed back through the generations until it resides with ‘hope’.

After the actual constellation is complete and a resolution has been reached the client who has been the focus is sent away to ‘chill out’ and their peers discuss what has just taken place both in terms of what it has brought up for them and what has happened for their absent peer. The client is then invited back and the group discusses the progress and process with them. Everybody who was involved feels emotionally drained.

Describing the growth that results from what happened here today is not easy as I don’t want to bust the confidentiality of the client concerned but suffice to say what I can see is a person who looks a whole lot lighter and appears in the words of one of their peers ‘to look much younger’. The client themselves also acknowledges that they feel far less anxious and more at peace. Now, I am fully aware this all sounds a little crazy but, Marie was right, the power really is in the experience.

← What’s the thing with these sacred sites?